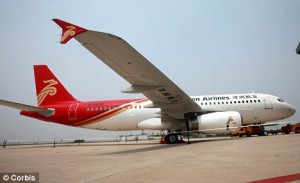 THE Federal Airports Authority of Nigeria (FAAN), has began evacuation of all abandoned aircraft in airports across the country. A special task force committee set up on the project has commenced the exercise.

The exercise began from the Murtala Mohammed Airport (MMA), Lagos, and it is expected to move to Abuja airport after the completion of the exercise in Lagos. The abandoned aircraft, 13 in all at the Lagos airport, were expected to be dismantled within the next two weeks. After the dismantling, the aircraft would be transported to a steel company for recycling.

One of the contractors handling the project at the Lagos airport, AAYU Steel Mills, while speaking to journalists at the site on Thursday, said the aircraft would be recycled in Lagos before they were transported to Kebbi State. Also, the Logistics Officer of the company, Mr Bashir Haruna, said out of the 13 aircraft on the ground, eight were Boeing 737-200, while he assured that the company would do its job diligently.

Meanwhile, speaking on the exercise, the General Manager, Corporate Communications, FAAN, Mr Yakubu Dati, said the company was expected to finish its work in less than two weeks. He said that after the completion of the exercise in Lagos, another contractor would evacuate the abandoned aircraft in Abuja.

His words: “Airports are not dumping grounds for any operator. We are more concerned about the safety and security implications of these aircraft at the airports. Even, there is an environmental implications for this… We are determined to create a world class airport environment for our users. Leaving them here now does not make any economical benefit to the owners. It’s better we remove them from the airport and make the environment friendly to investors,” he said.