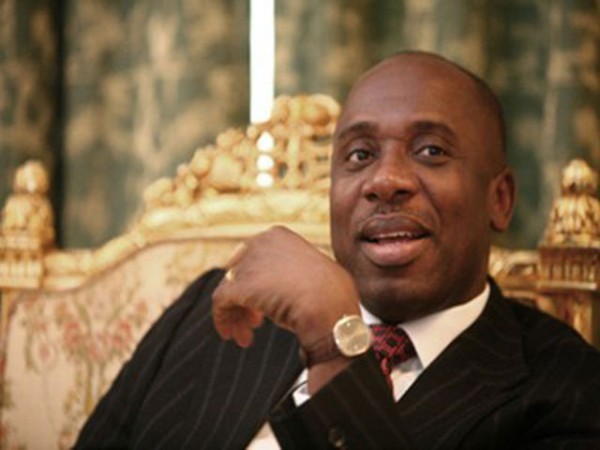 The statement credited to Minister of Niger Delta Affairs, Godsday Orubebe, accusing Rivers State governor, Rotimi Amaechi of disrespecting President Goodluck Jonathan in his comments on the state of the East-West road, has elicited a sharp rebuke from the governor who has described the tenure in office of the minister as an embodiment of “ineptitude and abysmal failure”

Amaechi’s response was contained in a statement released yesterday by his spokesman, David Iyofor. He said the response was to “show clearly that the minister’s game is just to divert attention from his ineptitude and abysmal failure.” The governor reiterated his tremendous respect for President Jonathan and his office and slammed the minister for painting a different picture.

“The office of the President of Nigeria is a big institution that deserves utmost respect and it would be grossly irresponsible for anyone to disrespect Mr. President, which unfortunately Minister Orubebe is doing by dragging the President’s name into his inability to deliver on the East –West Road. Minister Orubebe seems to suffer from a severe form of selective amnesia as he conveniently forgets that the same Amaechi he (Orubebe) now contemptuously, disgraciously and insolently disparages and flippantly accuses of not respecting Mr. President, led Rivers people to overwhelming vote for and gave President Jonathan the highest votes by any state in the country at the last Presidential elections.

“Minister Orubebe should please tell us, what respect, regard and show of love is bigger than that? Minister Orubebe’s imprudent and reckless attacks on the person of Governor Amaechi is a dubious but obvious attempt by the minister to divert attention from his abysmal failure to deliver on the East-West road. This callous attempt to drag the President’s name into it is what is most disrespectful and irresponsible.”

“What an irony, for an appointed minister who has failed woefully, who has been unable to complete one single road, to cast aspersions on an elected governor who is judiciously using the resources of his people to better their lives and develop their state. What a shame! This is indeed most ridiculous and laughable. It’s no longer in doubt that Minister Orubebe does not like Rivers State.

“Minister Orubebe should please face the simple task of completing one road, just one road, the East-West road, as this dubious diversionary attempt to attack Governor Amaechi will not complete the road that is most dear to the hearts and lives of Niger-Deltans”, the statement added.