Fearless Islamic scholar, Sheikh Ahmad Gumi has declared President Goodluck Jonathan “evil” and a failure, and called on him to repent and resign in order to recreate peace in Nigeria. He also said that many top former military Heads of State, Generals Yakubu Gowon, Muhammadu Buhari and Ibrahim Babangida be banned from participating in active Nigerian politics. 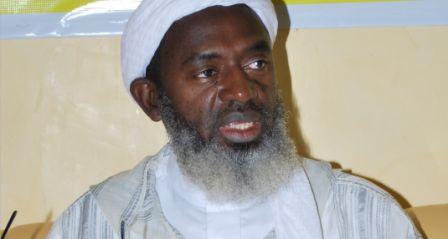 Gumi was speaking in a morning sermon today in Kaduna titled “The Man Jonathan”, underlining that the sermon was neither criticism nor praise of a man. He said that Islam teaches that all prophets and people of God are in the Right extreme of the spectrum, while those that fight, oppose and suppress them or their mission are in the left extreme apparently the black.

“It is our faith. I mean Islamic faith that looks at every creature of Allah critically to pass a judgment on whether it is Godly or Evil. This is how things are categorized. The angels spearheaded by Gabriel are the Godly spirits while the Evil spirits are spearheaded by Satan. But when it comes to humans, Godliness can be marred in Evil and Evil can be marred in Godliness, therefore what we have is a spectrum of which the extremes are clear cut and demarcated either white or black while the center is grey.”

He said that the Good can hide or find itself in the middle of Evil and vice versa, drawing attention to verses from the Bible that read: “Beware of false prophets, which come to you in sheep’s clothing, but inwardly they are ravening wolves,” and “For I know this, that after my departing shall grievous wolves enter in among you, not sparing the flock.”

Similarly, he said, the Muslim traditions also warn, “In end of times there will be false prophets telling you of things never heard by you or your parents, beware of them lest they misguide you and try you,” and also, “Beware of innovations…The most evil of things are innovations for every innovation is misguidance.”

In that regard, Sheikh Gumi stressed that religious innovators and innovations that change the content or the aim of the divine message is the Evil that sneaked into all the Abrahamic faiths: Judaism, Christianity and Islam, and that this fact prompted Islamic scholars from the beginning to have a profile of every individual that relates to scholarship or preaching and leadership.

“These voluminous masses of unique profile documentations are still preserved and updated to date. Any Muslim can be categorized with these tags as: trustworthy, reliable, dependable, honest, unknown, liar, fabricator, dubious, deceptive, confused, not worth a cent, etc. This ability of Muslims to recognize that evil can creep into them, made the intra-Islamic conflict necessary so that the truth can never be hidden or marred in evil. It became necessary that each human being should be stripped off of everything superficial, attached, gained or ascribed to him and be seen as a homo-sapien first and foremost before passing a judgment on him. That is why it is absolutely necessary to know the man first before you judge whether he is godly or evil.”

Turning to Jonathan using that prism, Sheik Gumi noted that through his faith, if he looked at Jonathan the man, not the president, he would not do the man any justice since he does not know him and I have never met him.

“I can only deduce from what I hear about him, he said: “You shall know them by their fruits. Do men gather grapes of thorns, or figs of thistles?”

He said what stirred his interest in examining who Jonathan is relates to the allegation by Henry Okah, Jonathan’s “kinsman”, who was yesterday convicted in a South African court of involvement in terrorism.