Nollywood diva and UN Peace ambassador, Halima Abubakar shared a bit of her personal life and career in her most recent interview. 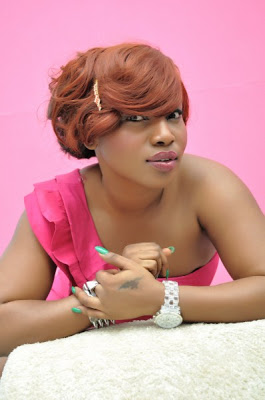 Read the interview below
Could you please introduce yourself to your fans out there?
Halima Abubakar is my name and I represent kogi state and world wide.
Could you briefly tell us about your childhood background?
I was a mini terror, hehe looking back now it was not fun. Years in-between was rough. Above all they are happy for the change.
Tell us about your educational background. How was it like?
I Attended Ideal nursery and primary school in kano.I attended 5 other schools before my jss1. It was hillarious. No ask hehe but definately cool.

At what age did you discover your acting talent and what was the source of your inspiration?

No be for belle o. Indian movies and tv series, 3rd eye On NTA were my inspiration.The love grew till I had to go 4 it, was a huge Risk.

Which movie was your debut? and how was the experience like? Tough?
My 1st movie is not out. lol..crazy.But it was scary because LIZ BENSON played my mum, carried her bag because I loved and still love her. I could not read my lines, Murphy Stephens directed and kept saying cut cut cut Halima.
How many movies have you featured in?
Without exaggerating I have shot over 100 movies, whether few scenes or major or lead roles. I don’t reject any role except if there is a coma.
Do you have a movie of your own?if yes, how many?
Yes I have 2 and one of them, MISTRESS is coming out soon. I was an executive producer, script writer and I also starred in it.
What movie brought you into the limelight?
I think gangstar paradise and Area mama then war in the church shot between 2002-2005.
How do you see Nollywood in terms of development prior to the time you started acting, compare to the current status.
Those before now layed the foundation. So am honoured to be back for the 4th time and be finally accepted by you all.
Nollywood has changed, In terms of quality, our head dey there, we got massive platform 2 generate revenue. That’s amazing.
Which movie have you done, either your own or anyone you’ve featured in that still lingers in your memory? Why?
I won’t lie, its my movie cos I lost tapes and had 2 re-shoot half of the movie.
You’ve won lot of awards as a Nollywood actress, how can you describe that?
I love meriting stuff whether in any form. I like normal process like workn for it, asking people to nominate, its better. God bless you all.
Working as a youth ambassador, UN ambassador alongside with your career?how easy is it?

I find time 4 every part of my life. I don’t play with my time.

Which actress or actor have you previously worked with that you will constantly love to work with again? And Why?
I like and love so many of my co-actors. I think respect is the word. Uncle Olu Jacobs advices people a lot, Eucharia Anunobi, Rita Dominic,Monalisa Chinda and a lot of them that I’ve met.
What do you do apart from Acting?
I sell bread and chin chin. I farm for a leaving now but I’ve tried a lot of business before not in little medium. gbese plenty lol.