Barca Had To Lose At Some Point – Messi

Not many were left surprised by Barcelona’s shocking 3-2 loss to Real Sociedad on Saturday not even striker Lionel Messi who said it was not entirely unexpected, but added that the side must now rebound with a win in the Copa del Rey. 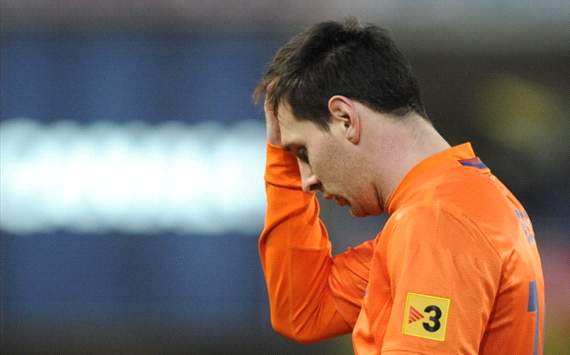 Although the recently crowned Ballon d’Or winner bagged a goal in his 10th straight league game in consecutive seasons, he told reporters: “Losing a game had to come at some point.

“We have to pick ourselves up immediately because of the cup match coming up.

informationng.com reports that the Camp Nou outfit travel to Malaga in midweek for their Copa del Rey quarter-final tie.