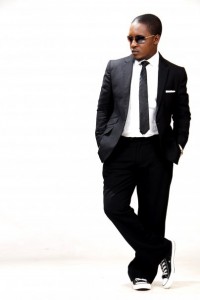 Jude Abaga, popularly known as MI has proven over the years the accolades and awards showered on him is deserved. MI may be short, but he’s a mighty man when it comes to music. Fans have been waiting for a new work from him, and now MI says his new album is almost here, but first some singles.

On the new album to drop in a just a few months’ time, MI says he worked with some artistes on the new album. He believes collaborations make an artiste better.

“In music especially, no man is an island. So, it is important to work with the best people to create the best music because without that, you might end up creating a sub-standard product,” MI told PM news.

According to MI, his experiences in the country provided him with enough materials for the new album.

“I got the inspiration for that popular track on my second album, My Belle, My Head, while driving and observing hawkers on the streets of Lagos. We have gone through different experiences in this country and all these will make enough materials for my new album.”

There have been rumours making rounds that MI is leaving Chocolate City group, a company where he’s a director because of the new label he set up, but MI reveals he’s not leaving Choc City despite starting Loopy Music.

“At a certain point, I realised that God has given me opportunities, resources and talent and I want to see how best I can put all these into use that will be helpful to others. So, I thought it will be proper for me to put a chunk of my investment into people. I know that it is more of a gamble when you invest in people. However, when the returns come, they could be phenomenal. That was why I decided to start this label and I am happy it is growing well,” MI said.

He assured fans he’d still remain at Chocolate City. “I always tell people that Chocolate City is my mother, while Loopy music is my daughter. Chocolate City is definitely where I am coming from and where I belong. But I honestly believe that in Nigeria, everyone has to multi-task. That is by the way. At Loopy music, I am not the Chief Executive Officer. I hired some professionals to run the label. I only dash in to oversee what goes on there. But I run the day-to-day activities of Chocolate City.”

About the new label, Loopy Music, MI says; “We have an international vision and we are working so hard to achieve it. But basically, Loopy music will focus on those arts that might not be getting proper props in the Nigerian music industry now. At Loopy Music, we want to focus on those arts that might be forgotten in our industry now. Everybody is concerned about party and dance music, but what about highlife artistes? What about the fuji artistes? What about the drummers, keyboardists and saxophonists? Who is going to ensure that those arts continue to remain? Left to our industry, maybe an artiste like Asa wouldn’t have emerged. If it was in this present day and age, maybe an artiste like King Sunny Ade would not have attained the status he is enjoying now. The truth of the matter is that we still have to focus on all these basic elements of our music, which is what Loopy music is all about.”

Loopy Music is moving fast as MI says the label has already signed on three artistes; “They are Ruby, a soul singer; Tread Stones, a rock band; and Loose Kenyon, a rapper.”

“On a lighter mood, I think it is very funny seeing all these young artistes coming to take the shine off their bosses. There is Wizkid and Banky W, Wande Coal and Don Jazzy, and Ice Prince and M.I. I think we need to put a stop to these. The truth is the best thing that can happen to anyone is to see someone you believed in, groomed and in whom you invested so much time, energy and money, becoming a success.

“At a point, I was beginning to be afraid that it could be disastrous if any of these boys cannot point to any form of success. I was really scared. But glory be to God, as every one that has been part of my journey is working on his own music and gradually coming out big. That has been my prayer. Right now, Jesse Jagz and Ice Prince have released their albums. Brymo recently dropped his and my third album is also in the making.

“We will soon move to another guy. In fact, Ice Prince has become an independent artiste. He has become one of the biggest artistes in the country and I’m so proud of him. And I believe that is the same with Banky W, 2Face, Don Jazzy, D’Banj and other big artistes, who have taken one artiste or the other for mentoring,” MI says.

He’s achieved so much success he attributes to God and he believes he has to work harder to achieve more, though he’s grateful for the height he’s attained.

If MI could change anything about him, what would it be? MI says; “Maybe I should have started doing music earlier in my life. But honestly, I have been so blessed. But what can I change? Sometimes, I wish I was a little bit taller. But when you realise that you are a whole and perfect as God has imagined you when He created you, any other wish could best be regarded as almost a sin.”

Even with his height, MI says he balls better than some tall guys. Someone would say caught the crap, MI, but MI seriously thinks his height is no barrier when it comes to playing basket ball. In fact, he says he’s very good at it. 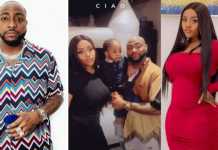 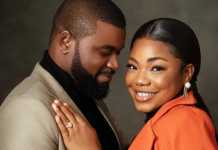