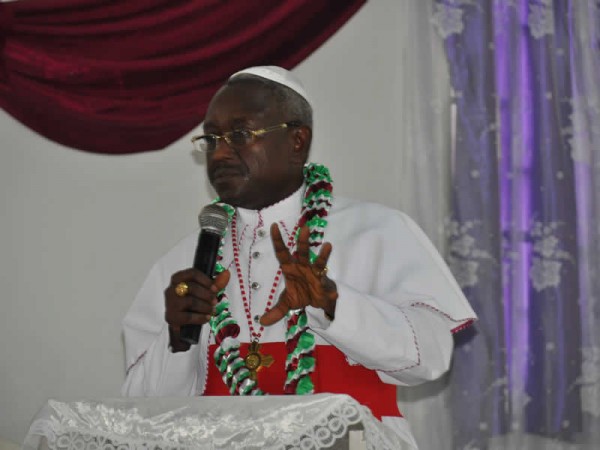 Prelate  of the Methodist Church of Nigeria,  Dr. Ola Makinde, has declared that religious war cannot break out in Nigeria because  the two  major religions in the country abhor  violence, killings  and compulsion in the process of propagating their tenets.

The Prelate who was in Sagamu, said this during his homily at the Abraham Tabernacle, venue of the seventh edition of the Annual New Year Thanksgiving Service organised by the former Governor of Ogun State, Otunba Gbenga Daniel.

Dr. Makinde while recalling the events of the past year, described it as a very difficult one for the country given the spate of accidents, flooding, air mishaps and the Boko Haram insurgency which led to unnecessary loss of many lives and heightened insecurity in the country.