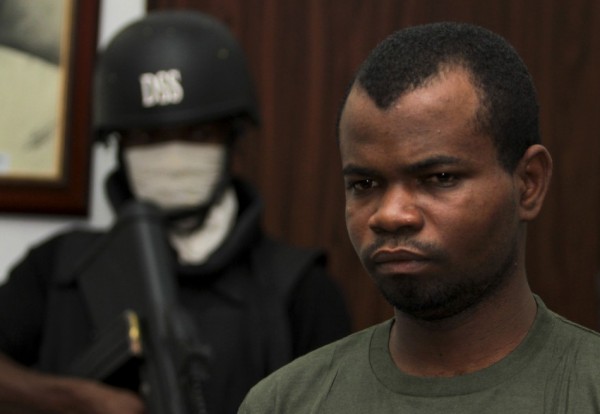 The Director of the State Security Service (SSS) in Borno, Alhaji Abdullahi Ahmed, has advised members of the Boko Haram sect to sheathe their sword and embrace dialogue.

Ahmed gave the advice in an interview in Maiduguri on Tuesday.

He saidfor the sect to achieve its aim, it must embrace dialogue.

“We have an advice for the leadership of Jama’atul Ahlis Sunnah Lidda’a Wati Wal Jihad, to consider dropping their weapons and embrace the ever available carrot option from the government,” Ahmed said.

While lamenting that criminals had taken advantage of the sect’s violent modus operandi to perpetrate their criminality, Ahmed said, “the activities of the sect in Borno State and beyond have become a veritable umbrella under which other forms of criminals seek to dwell”.

He said that the sect must have a re-think if it was truly concerned about Islam.

“They should dialogue for the sake of Islam the religion the group claims to seek to protect but which image has been badly battered by their violent campaigns.

“They should drop their weapons for the sake of our dear country Nigeria which has offered them the platform for expressing their grievances, albeit inappropriately,” Ahmed said.

He faulted the sect’s agenda of trying to divide Nigeria into Muslims and Christians states, saying that the creation of the country as an entity by God was not a mistake.

“Allah the creator of heaven and earth carved this great country called Nigeria with her diversities.

“No man can attribute mistake to God the all knowing and all sufficient for this,” Ahmed said.  (NAN)