After Olusegun Obasanjo failed to secure a third term in office, he boasted that 2007 and 2011 would be a “transition period”, as he would run the affairs of the country from his Ota Farm, irrespective of the fact that there would be a sitting president. 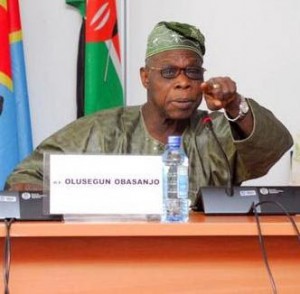 This has been revealed in a recently published memoir of an Obasanjo confidant and former minister of the Federal Capital Territory (FCT), Malam Nasir Ahmad el-Rufai, entitled “The Accidental Public Servant”.

The book recounts that though former president Obasanjo had singlehandedly ensured that the late Umaru Musa Yar’Adua succeeded him in 2007, he nevertheless planned to administer the country from his Ota Farm. He described the 2007-2011 period as a transition because all his pointsmen, including the “economic team”, would remain in office.

When el-Rufai informed Obasanjo that he intended taking at least two years’ break from government business, the former president responded: “OK, well I just thought I should call you and explain to you that the next four years is just a transition period. The real change in government will happen in 2011. Not now.”

Obasanjo begged Atiku on his knees

El-Rufai also said in his seminal book, which will be launched at 10:30am on February 7, at the Yar’Adua Centre, Abuja, that the former president begged his deputy on “bended knees” for his political survival.

In the 627-page book, El-Rufai said on page 151, “The stakes were high enough for Obasanjo to swallow his considerable pride and go to Atiku on bended knees.

“Obasanjo had no problem going down on his knees to beg for what he thought was impossible to obtain any other way.”

This rare and calculated display of meekness came around 2003, when Obasanjo feared he could lose the People’s Democratic Party’s (PDP) re-nomination bid if he did not make peace with Atiku.

The book recounts that faced with the possibility of losing the PDP ticket to Atiku, who had rallied all the governors on the platform of the party, the former president paid his deputy an unscheduled visit in 2003.

“The political bricksmanship got so bad that Obasanjo had to visit Atiku’s residence unannounced to plead for Atiku’s support.

“Upon arriving at his deputy’s residence, he reportedly knelt before Atiku and begged the vice-president to remain onside, thus guaranteeing the support of the 17 PDP governors. In return, Obasanjo had to agree to retain Atiku as his running mate (he was rumoured at the time to be considering an alternative),” the book revealed.

In his book, el-Rufai also queries the leadership recruitment processes, noting that it is at the root of the nation’s problems, as it sacrifices merit. He said that the choosing of the late Yar’Adua and Dr. Goodluck Jonathan as president and vice-president by Obasanjo was “the final nail in the coffin of any meritocracy or track record of governance in Nigeria.

“President Obasanjo chose Umaru Yar’Adua whose ill-health, among other challenges, was known already constituted a serious impediment to the possibility of any inspired and energetic leadership. The view of many well-informed Nigerians is that Yar’Adua and his deputy, Goodluck Jonathan, emerged for no other discernable reasons than being ‘weak’ governors sympathetic to the ‘Third Term’ project and therefore handpicked as payback.

“The subsequent electoral imposition of Goodluck Jonathan as president in 2011 via military occupation and rigging has been unhelpful in raising leadership quality. Jonathan went into a presidential contest without a campaign manifesto, boasting of no experience, merit and any track record of previous performance other than wearing no shoes to school and his ‘good luck’.”