A cat carrying a saw and a mobile phone was “detained” as it entered a prison gate in northeast Brazil, Brazilian media reported on Saturday.

Prison guards were surprised when they saw a white cat crossing the main gate of the prison, its body wrapped with tape. A closer look showed the cat also carried drills, an earphone, a memory card, batteries and a phone charger. 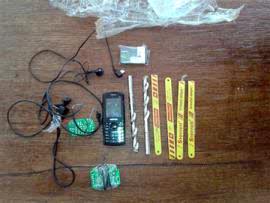 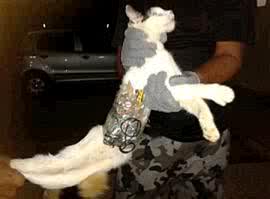 All 263 detainees in the prison of Arapiraca, a city of 215,000 people in the state of Alagoas, are considered suspect in the plot, which is being investigated by local police.

The cat was taken to an animal disease center to receive medical care.

The incident which took place on New Year’s day was first reported by national media on Saturday.