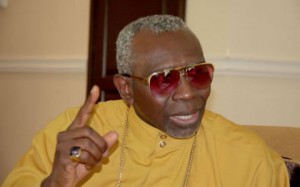 Following the threat by the Catholic Church to pull out of the Christian Association of Nigeria (CAN), the Christian body has reacted to the threat, saying their action is as a result of the loss of the Presidency of Pentecostal Fellowship of Nigeria (PFN) to Pastor Ayo Oritsejafor.

The Public Relations Officer of the 19 Northern States of CAN and Abuja, Mr. Sunny Oibe, in an interview with Journalists on Wednesday night, also accused Catholics of arrogance. According to him, “There is no division in CAN and we are all speaking with one language. There are some certain elements in the leadership of PFN led by Cardinal John Onaiyekan because he lost PFN Presidency to Oritsejafor, who has a lot of achievements,” he said.

“There is no need for anybody to lose sleep over the threat by Catholics to pull out of CAN because without them CAN will still continue. The constitution of CAN makes provision that membership can be terminated by any group that is misbehaving or any group can also terminate their membership.

“Why is it that when Catholics were in the leadership of CAN, every bloc supported them but now because power has changed hands, they are threatening to pull out and causing confusion? They have been agitating that the Presidency of CAN must one from the South. They are appendage of PDP and PDP themselves. They are known for double standards. A man of God should not be double-speaking.”

Oibe who is also the spokesperson of the President of “Tarayar Ekklisiyar Kristi A Nijeriya,” a conglomeration of 13 church groups in CAN, said Catholics should not mislead the public even if they want to pull out: “The Catholics are claiming that the current CAN leadership has deviated from the vision of the founding fathers when they don’t even know how CAN came about. What did the Catholics know about the vision of the founding fathers? CAN was formed because of the marginalisation of Christians in the North. The Christians in the North, particularly those of them from the TEKAN extraction, came together and formed Northern Christian Association. It was that body that metamorphosed to CAN.”