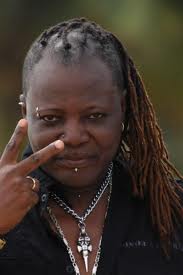 Charles Oputa, popularly known as Area Father, an unashamed smoker, has quit smoking. He had been addicted to cigarettes since he was 16 years old.

Some of his friends and fans were said to have been stunned at a recent function when Charly Boy arrived at the venue of the said event without holding his smoke. While some were said to be happy seeing a reformed CB, others were of the opinion that it was one of his tricks to arrest people’s attention. But in a swift response to people’s insinuations, CB said that he had since parted with smoking and that he did not pray to go back to the bad habit.

CB stated this during an exclusive chat with R at his Gwarimpa residence in Abuja recently,discloing  that he had battled hard over the years to quit smoking. He had actually quit the habit about a year ago. He said further that he never thought he could stop, saying that if he could stop smoking, he could do other things that appear difficult to him over the years.

‘’I am not ashamed to say that I have been smoking since I was 16. I know a lot of my associates who smoke and the funny thing is that when I see them smoking, it turns my stomach. I had been trying to drop it for the past three years, but I am glad that I have been able to drop the bad habit now.

When asked what prompted his decision to quit the habit, CB said ‘’I hated how some smokers smelled when they come around me. I didn’t want to walk around with such offensive odour even when I chew a lot of gum and made sure I wear my perfume each time I smoked. I actually quit because I was becoming a health freak and I always wanted to smell clean at all times.

Asked on if he had also stopped womanising, CB said ‘’I used to like women but I don’t follow them again. My body is now fit for the Lord and my wife. In fact, the urge to satisfy them is no more there. I can tell you that my wife is my rock and she rocks me well’’.

Charly Boy who was one of the judges during the last edition of the popular television reality show, Nigerian Idol also claimed that he decided to pull out of the reality show this season because he was not comfortable with the way the organisers handled the programme.

“I know a lot has been said and written about why Charly Boy was not part of the show this year, but I can tell you categorically that the organisers were did handle some aspects of the show professionally and I didn’t want to be part of it, so I pulled out’’, he explained.