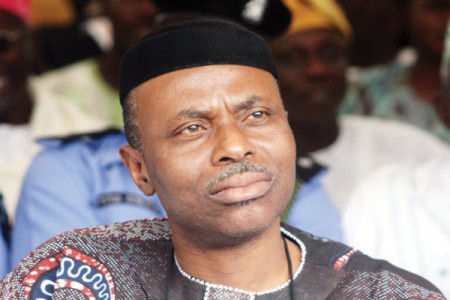 The Commissioner of Transport in Ondo state, Mr Nicholas Tofowomo,who was alleged to have slapped a director in the Ministry of Works, Mr Monday Afeniforo over a trivial issue, has denied the allegation.

Speaking through his press officer, Bisi Agboola, the commissioner said there was no truth in the claim by Afeniforo that Tofowomo slapped him.

Agboola stated that to underscore his claim that he did not slap the director, the commissioner openly cursed himself and asked his driver who witnessed the incident, to bear him witness.

The press officer further blamed some civil servants and politicians in the state for misinforming the press and the public, saying some people behind the scene were hell bent on denting the image of the commissioner. “It was a misconception of issue at the initial stage and some civil servants were just peddling falsehood. The commissioner did not slap or beat the director, “ Agboola reiterated.