According to reports we received, Ositelu popularly addressed as ‘Arena’ amongst his peers, died last night while watching television. 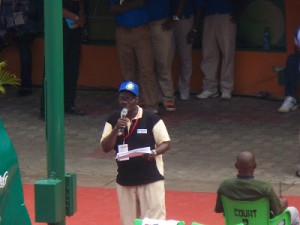 “One can confirm now that Deacon AYO OSITELU is indeed DEAD!” family friend and journalist, Kayode Tijani, confirmed. “Spoke to his Wife. He was watching TV with her and next he was dead. Am in SHOCK.”

other sources say it was shortly after the Super Eagles friendly against Cape Verde.

It can be recalled that Arena served as compered in the tennis exhibition match between the Williams sisters last November.