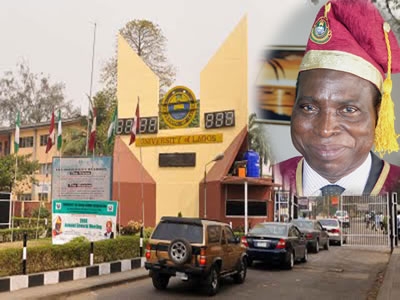 “I have it in authority in black and white from the Federal Ministry of Education that until an amendment in the act of establishing a university is done, the name change cannot be effected,” the vice chancellor said.

UNILAG is currently preparing for its Golden Jubilee convocation and while addressing a world media conference to kick start the convocation ceremony on Monday, Professor Bello said “as far as we are concerned today, we are UNILAG and we will hopefully remain so.”

The VC added that President Goodluck Jonathan had said he would allow the law to take its course, noting that the National Assembly was in support of the university regarding the name change issue.

He, however added that the institution did not meet up with the minimum of eight weeks’ notice required to give the visitor, President Jonathan, to attend the convocation.

“A total of 6,932 students will be graduating during the upcoming convocation,” Bello said