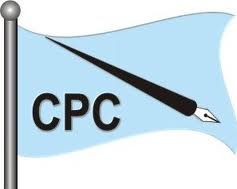 The Chairman of the Congress for Progressive Change (CPC) Kwara State chapter, Alhaji Suleiman Buhari, on Tuesday said the plan to procure between 10 and 15 additional aircraft for the International Aviation College was a mis-placed priority.

It will be recalled that the state Governor, Alhaji Abdulfatah Ahmed had, during a recent government’s public enlightenment campaign, said the state government would enhance the fleet of the Aviation College with the procurement of additional 10 to 15 aircraft in the next three months for the training of commercial pilots. He said that arrangement was part of the Medium Term Strategy of his administration to promote socio-economic development in the state and create high and medium levels well trained manpower. Ahmed said the additional aircraft would enhance the capacity of the college to “a level where its impact would be felt in the state.’

However, Buhari said the CPC was unhappy at the plan. He stated that there were many other problems confronting the state, which he opined that the government should have utilised the state’s meager resources to tackle than buying more aircraft. He said the state government would spend about N92m, to procure an aircraft.

According to him, for the government to procure additional 15 aircraft may make it abandon pressing needs and welfare concerns of Kwara residents: “As a party which ideology centres prominently on prudent management of scarce resources, our anger and disappointment knew no bounds when the governor announced to the world that the state was on the verge of purchasing 15 new additional aircrafts for the Ilorin Aviation College.”