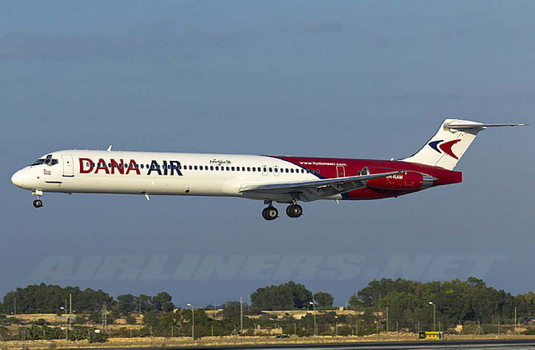 Finally, ‘The Smartest Way To Fly’ Airline, Dana Air, has been given the green light to resume operations by the Nigerian Civil Aviation Authority (NCAA) and the domestic operator will commence its scheduled domestic flights today with a Lagos-Abuja service.

The airline went off the skies on June 3, 2012, following the ill-fated crash of one of its MD 83 jets in the Iju Ishaga area of Lagos that killed 163 people and destroyed property worth hundreds of millions of naira.

But it wasn’t a smooth sail for the airline as they had to undergo a comprehensive safety audit as well as pay the outstanding 70 per cent of the $100,000 to families of victims of the crash as stipulated by international aviation laws.

Having scaled these hurdles with sufficient evidence to boot, the NCAA gave the airline the go-ahead to resume scheduled operations.

Reacting to the resumption of flights, the spokesman of Dana Group, Tony Usidamen, commended the NCAA for its support, adding that the airline would begin with a Lagos-Abuja-Lagos flight today, after which it would gradually introduce other routes it hitherto operated before the temporary ban.