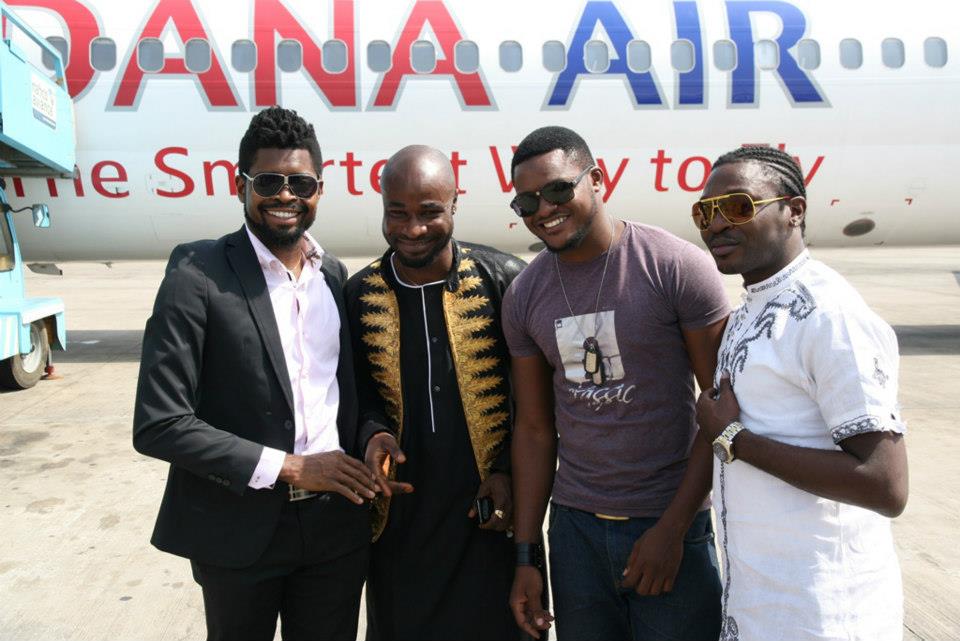 On Friday 4th January, Dana Air resumed flight operations within Nigeria seven months after one of it’s aircraft crashed and killed all 153 passengers and crew in Lagos.

The inaugural flight came with lots of fanfare with eyes fixed on Dana as celebrities such as Basketmouth, comedian Buchi, Dipp, Harrysong and loads of journalists all boarded the Lagos to Abuja flight. Most of them commended Dana for resuming operations and even enjoined Nigerians to patronize the airline once more.

But trust Nigerians, that flight generated mixed reactions in public debates as some alleged that the celebrities were paid to board the flight as well as give their endorsement. But the airline in the eye of the storm, Dana, has issued a statement via their Facebook page dismissing such claims as unfounded.

“Our attention has been drawn to some online media reports suggesting that celebrities BasketMouth , DIPP, Harrysong, and Buchi, who were among guests on board the Dana Air inaugural flight of Friday, 4th January, 2013, boarded the airplane for financial gains.

We would like to state that these claims are completely untrue. Like all other esteemed guests of the airline, many of which are notable personalities from Nigeria’s entertainment scene, these celebrities have always been a part of the Dana Air family. Their decision to be part of the airline’s re-launch was purely out of goodwill, having personally experienced the unrivalled hospitality and world-class services offered by the airline many times before .

We also want to use this opportunity to express our sincere appreciation to all our guests, many of whom have sent congratulatory messages and best wishes on the airline’s return, while pledging our commitment to the provision of safe, reliable and world-class air transport services”