Yesterday, report went viral online that Don Jazzy was once married and had a son from his ‘short lived’ marriage in the UK some years ago. 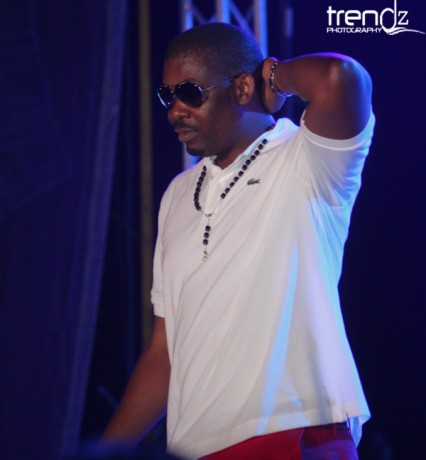 In an interview reportedly granted to Punch by him, while speaking on his type of ideal woman, Don Jazzy was quoted to have said,

“I’m single because I’ve not found the woman that my spirit agrees with. I was once married in the United Kingdom, but it was short lived. The union produced a son named after me. I don’t want to experience a collapsed marriage again. That is why I am taking my time, working and praying for a soul mate.”

But in a twist of event, while he was tweeted at about having a son, Don Jazzy claimed he doesn’t have any son anywhere and called such news reports false.

“I was once married and have a son”- donjazzy, one of his followers tweeted at him on twitter. In a sharp response, the music producer tweeted back “unless u re the son, this is FALSE.”

It is unclear at the moment if Don Jazzy was quoted out of context in the interview.