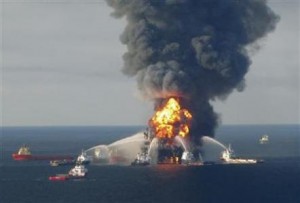 A Dutch court Wednesday ruled that Royal Dutch Shell’s Nigerian subsidiary was responsible for a case of oil pollution in the Niger Delta and ordered it to pay damages in a decision that could open the door to further litigation.

The district court in The Hague (The Netherlands) said SPDC, a wholly-owned subsidiary, must compensate one farmer, Mr Friday Akpan, but dismissed four other claims filed against the Dutch parent company.

Four Nigerians and campaign group Friends of the Earth filed suits in 2008 in The Hague, where Shell has its global headquarters, seeking reparations for lost income from contaminated land and waterways in the Niger Delta region, the heart of the Nigerian oil industry.

The case was seen by environmental activists as a test for holding multinationals responsible for offences at foreign subsidiaries, and legal experts said other Nigerians affected by pollution might now be able to sue in the Netherlands.

Shell said the case would not set a precedent because its parent company was not held responsible.

The farmer who won compensation, 52-year-old father of 12 Friday Akpan, said he was very happy with the judgment because it would allow him to repay his debts.

“I am not surprised at the decision because there was divine intervention in the court. The spill damaged 47 fishing ponds, killed all the fish and rendered the ponds useless,” he told Reuters .

“Since then I have been living by God’s grace and on the help of good Samaritans. I think this will be a lesson for Shell and they will know not to damage people’s livelihoods.”

Meanwhile, the Nigerian unit of Royal Dutch Shell is happy over the court ruling that all the contentious oil spill cases brought against it by some communities in the Niger Delta were caused by criminal activities.

Managing Director of the Shell Petroleum Development Company, SPDC, and Country Chair, Shell Companies in Nigeria, Mr Mutiu Sunmonu, was quoted in an email statement as saying: “We welcome the court’s ruling that all spill cases were caused by criminal activity.” …Read Full Story Here