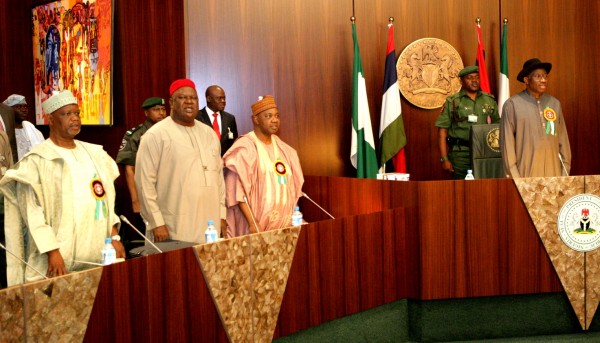 In its first meeting of the year held on Wednesday inside the council chambers, the Federal Executive Council (FEC) approved additional three new federal universities to be sited in Gashua (Yobe); Birnin Kebbi (Kebbi) and Gusau (Zamfara).

With this development, every state of the federation now boasts of a federal university.

Disclosing this at the end of the meeting in Abuja, the Minister of Information, Labaran Maku, hinged the decision on the fulfilment of government’s plan for each state to have a federal university.

Justifying the establishment of the universities, Mr Maku said  only 10 per cent school leavers get admission into higher institutions nationwide, because of the limited space available.

Shedding further light on government’s decision, Minister of Education, Rukayyatu Rufa’i said out of 1.3 million school leavers that seek entrance to higher institutions annually in the country, less than 200,000 spaces are available in existing institutions.

She said skeletal services are to start as soon as possible in the new universities and that academic work should start by 2014/2015 academic year.

“The establishment of the new universities complement efforts being made by the federal government towards tackling educational challenges at all tiers in the country, from almajiri schools to post primary institutions” she said.