Maybe some of us will learn from these people we sometimes see on our TV screens , with relationships which makes us want to love.These ladies spill their bedroom secrets.How they keep their powerful men coming back in line.

These are the freakiest women in entertainment. From Beyonce, Jada Pinket , Gabrielle Union, Coco, and ofcourse,Angelina Jolie 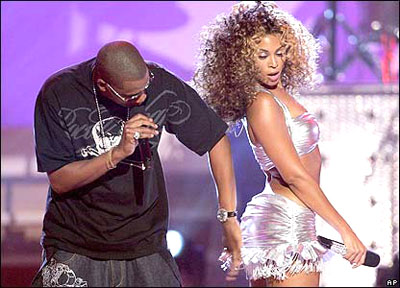 Beyonce – She’s told the world how she likes to try out her dances for Jigga and throws on some high heels to make him throw up the Roc whenever she wants.

Angelina Jolie -She’s never strayed from the fact she’s loved getting as freaky as possible with her man. Back in the day she would even cut herself during sex

Jada Pinkett-Smith – She said she likes to try things in other people’s houses or even pull over on the side of the road.

Gabrielle Union – She’s played freaky flirty games with Dwayne Wade on Twitter and isn’t shy to talk about what she wants. Also one secret athlete’s wife has put her on blast for her freaky ways.

Mariah Carey – Actually Nick Cannon said it, but the fact is he and Mariah get freaky to her music.

Heidi Klum – She said she likes to dress up and try some things “out of the norm”…we bet.

Coco – Her and Ice T have said their secret to success was heart-pounding sex 3-4 times a week. Also, not banging nobody rappers helps too.

Paula Patton -She’s said that she keeps her marriage spicy by making Robin Thicke’s toes curl when they get home from tour. Like hours of sex.

Zoe Saldana – We’ll let her quote to Marie tell it: “I like missionary and I like being on my knees too…And I love being on top … I love doggy-style or standing up.”