Fuji House Of War: ‘You Can’t Be King Over Me’ – Obesere Blasts K1 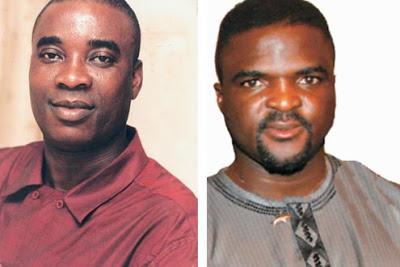 Abass Akande Obesere aka Omo Rapala, has hit out at his colleague in the fuji genre of Yoruba music, Ayinde Ayinde Marshal aka K1 over the latter’s claim to the unofficial title of ‘King of Fuji.’

According to Obesere, “After the death of Alhaji Sikiru Ayinde Barrister, K1 started parading himself as the new king of Fuji. He can’t be the  new King when General Kollington Ayinla is still alive. That is rude! Ayinla has been playing music long before all of
us, that makes him our father.

“Even after Ayinla’s death, K1 will still not have the right to call himself the leader of fuji musicians. He has never been a King over me. He is the Lord of his own music. He is rude to even the elderly ones and that is why someone like me will never agree with him on anything. This type of bad attitude of his is what has made me not to respect him.”

Going further, Obesere revealed that all is not well between him and K1 despite the friendly mien they put up in public glare because according to him, K1 is anti-progress. “I am the type of person who will always voice out when I am not cool with something. Even K1 himself knows I don’t take sh*t from anyone. He tries to sing about me, say good things about me whenever we are together in public, all to let people think all is well between us and to curry my good side. But we both know that is all camouflage. K1 doesn’t like anyone who is making progress. He’s a snob,” he said.

“He doesn’t have a good character. Because of him, I want to change my kind of music from Fuji. I give respect to only those who deserve it” Obesere concluded.