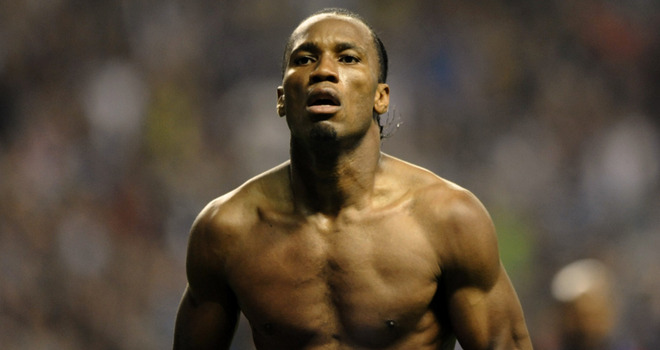 The channel did not give any more information and Galatasaray could not be reached for immediate comment.

The 34-year-old, who is on Africa Nations Cup duty with his country, moved to China after helping Chelsea win the Champions League last May.

Drogba signed a 2-1/2 year deal with Shenhua in June that was, according to media reports, worth around $300,000 a week.

However, the Shanghai-based Oriental Sports daily said last month that the player was owed money by the club.

Drogba applied for permission to leave on loan before the January transfer window but world soccer’s ruling body FIFA refused the request.

The striker returned to Chelsea to train at his former club in a bid to stay sharp for the Nations Cup, fuelling media speculation of a return to Europe.

If his move to Turkey is confirmed, the transfer will come less than a week after Netherlands midfielder Wesley Sneijder joined Galatasaray from Inter Milan.