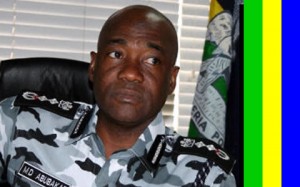 About two weeks after a member of the Gombe State House of Assembly was kidnapped, the Minority Leader of the House, Honourable Abdulwahid Waziri Doho been shot to death on by unknown gunmen in Wednesday night.

According to the Vanguard, which reported the news, the Lawmaker who was the House Committee Chairman on Public Accounts was murdered by unknown gun men who stormed his house in Tudun Wada area of the metropolis at about 8:30 pm.

Doho, until his death, represented the Kwami East Constituency and was a member of the opposition party, Congress for Progress Change (CPC).

In a similar development, last week, Inspector Rilwanu Gazama, a former police orderly to the immediate past governor of the State, Senator Mohammed Danjuma Goje was shot dead along the busy Emir’s Palace road in the town. Meanwhile, the development has thrown the town into palpable fear of the unknown as no one seems to be safe anymore.