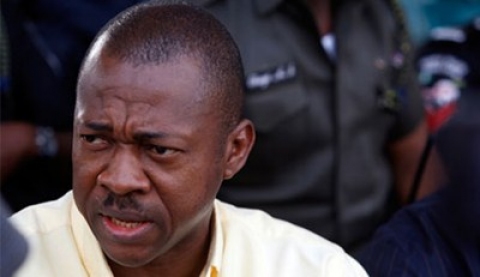 Missing governor of Enugu state, Sullivan Chime, is reportedly battling heart disease in London’s Cromwell Hospital. The governor who left the state since September 2012 under the guise of an accumulated leave that ought to have lasted only one and a half months, became a subject of controversy and hushed conspiracies when the state government kept mum on his state of health or whereabouts.

Despite efforts to ferry him home to quell public restlessness in the State, reminiscent of the Yar’Adua days, the condition of the governor, whose medical sojourn started in India, has remained dire.

A half-hearted reassurance and call for calm from the state chapter of the Peoples’ Democratic Party, PDP, and some prominent traditional rulers in the state, has only gone on to heighten fears that all is not well with Sullivan Chime.

This is even as a pro-democracy association of Enugu State citizens which calls itself the Save Enugu Group, called on Acting Governor Sunday Onyebuchi to make a “categorical explanation” on the condition and whereabouts of Governor Chime, although, he has yet to respond.