Gunmen on a motorcycle killed three people on Monday when they opened fire on a group of Muslim worshipers in the northern city of Kano, the latest such attack in the region, police said. 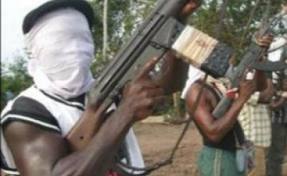 Three gunmen fired into a group of people preparing for evening prayers in a business district of the city, the largest in Nigeria’s mainly Muslim north, police spokesman Magaji Majia told AFP.

“The three gunmen came on a motorcycle around 6:00 pm and opened fire on a group of people getting ready for the evening prayers at a popular tea-selling spot opposite the zoo,” Majia said.

One person was also injured in the attack.

Gunmen thought to belong to Islamist extremist group Boko Haram have done scores of such shootings in Nigeria’s north, though criminal gangs also carry out violence under the guise of the group.

Violence related to Boko Haram’s insurgency has left some 3,000 people dead since 2009, including killings by the security forces.