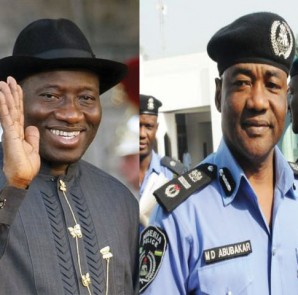 Following the untold embarrassment the documentary by a private TV station on the state of the Police College, Ikeja, caused the Federal Government, a probe is to commence into the rot in all the training institutions of the Nigeria Police nationwide.

An angry president Jonathan was quoted as saying during the visit, “why are you treating people like chickens?” a query that underscores his first hand experience at the college and the police hierarchy’s inability to provide appropriate response to how the college degenerated to such a level.

Information Nigeria gathered that the proposed probe would cover several years back in order to bring all those responsible for the rot, either serving or retired to book, since the rot did not start just recently.

According to a source, “to say the least, the president is not happy with what he saw at the Police College Ikeja, he decided to personally see things for himself when he heard of the rot, that was why he kept the surprise visit to himself and eventually his action paid off.”

“Some people will have to explain what happened to the billions of naira being budgeted for the training institutions on yearly basis comprising the colleges for recruits, rank and file, the academy for cadets and the staff college in Jos for the senior officers, you need to go to these training institutions, they are not habitable, their facilities are zero, nothing works, the trainees are even being made to pay for certain things to work, government will put an end to all these mess soonest,” the source declared.

The source hinted that the incumbent Inspector General of Police (IGP), M D Abubakar, apart from providing immediate answers to some begging questions on the rot in the institutions to the president, would also appear before the proposed probe panel on the matter along with some of his predecessors, retired, former and serving commandants of the institutions, contractors and officials of the Ministry of Police Affairs, among others.

According to him, “all these characters will be brought out from wherever they may be. They have to come and state their roles in the rot, contracts are being awarded on yearly basis for the renovation and rehabilitation of the training institutions, supply of basic equipment such as dormitory facilities and what have you but such contracts only exist on papers. In some cases where supplies were made, such would be replaced later with old ones by the contractors acting on orders from the above.”