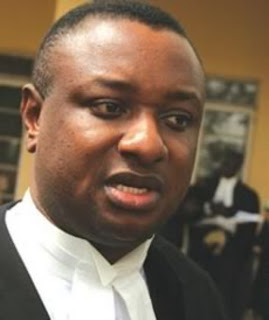 The Lawyer in a statement, said Henry Okah was not given a fair trial and gave indication that the ruling will be appealed. His full statement below:

The decision of the South African Court that convicted Henry Okah this morning of charges relating to terrorism is politically motivated and legally incorrect.

As counsel to Charles Okah and others who are facing the same set of charges under Nigerian Laws, I have been actively involved in coordinating the trials both in South Africa and in Nigeria.

The fundamental flaw in the trial is that Henry Okah was not given adequate facilities and the opportunity to defend himself. This is because after the prosecution closed its case in South Africa, the defence attorneys and my Chambers here in Abuja tried frantically to summon the witnesses of Henry Okah who are based here in Nigeria to testify on his behalf. These witnesses include some government officials.

Without giving Henry’s counsel in South Africa adequate time and facilities to follow the directives, the South African court foreclosed his opportunity to call witnesses and rushed to convict him. This is a breach of his fundamental right to fair hearing and an obvious attempt by the South African authorities to please Nigeria at all cost. That is why the judgment is nothing but political.

I condemn this judgment and call on Nigerians and the international community to condemn the trial and judgment of Henry Okah whose only offence was his refusal to accept the so-called amnesty offered by the Yar’Adua-Jonathan administration and his insistence on the Niger-Delta controlling its resources.

With the recent condemnation of Jonathan by some militants who initially accepted the amnesty programme, I am sure they now know that Henry Okah was correct not to have accepted the poisoned chalice called amnesty.

The Nigerian government must immediately use all diplomatic efforts to ensure that Henry Okah does not die in a South African prison and for the South African government to grant him unconditional pardon. This is without prejudice to his right to appeal against the judgment.