I will make myself available to run for the presidency in 2015 – Gen. Muhammadu Buhari Makes U-turn 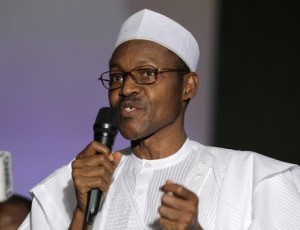 Recently, news started making rounds about the likely emergence of a new political party from the possible merger of the Action Congress of Nigeria (ACN) and the Congress for Progressive Change (CPC). That new party, if it eventually sees the light of day, may have Gen. Muhammadu Buhari as its presidential flag-bearer in 2015.

It has been speculated that the new party may be formally registered in June to challenge the ruling Peoples’ Democratic Party (PDP) in the 2015 general elections. And at the formal inauguration of the CPC’s 18-man merger committee to negotiate with the ACN and other political parties in Abuja Wednesday, the national leader of the CPC, Buhari, declared his readiness to contest the presidential election in 2015 if the leadership and members of the new party decide to pick him for the race.

His words: “This proposed merger that will bring a desired unity of the opposition parties we all know is no longer an option, but a national imperative, considering the state of the country; everybody is coming round to accept the necessity for it. The sentiment today is for a full merger between the CPC and ACN not an alliance or an electoral understanding. What Nigerians want is merger and that is what we are going to negotiate and bring back to them. I believe that within six weeks of the commencement of your job, the CPC and ACN should be in to sign a declaration of intent to fuse the two parties into one.

“After signing the declaration, it should not take more than another six weeks for the parties to pursue the matter within their own constitutional context to ensure that the issue is legitimatised through the proper procedure and process of its own organ. And from there it is not impossible that the new party will be presented to the people of Nigeria by the middle of this year. And when it is, the new party should root for proper federation as the basis of the union and governance of the country, and should therefore actively support the restructuring of the country. This is because the existing 36 states’ structure is simply not working and it must therefore be rationalized.”

He continued: “The new party should as a matter of topmost priority begin to tackle and plan for the creation of a new security architecture for the country and possibly for the entire sub-region, a development that may involve the recreation of local security networks and the restoration of traditional intelligence gathering techniques to shore up a police force that has obviously failed the nation. And with regard to public service, the new party should press for the adoption of new work ethic that will bring lost glory and greater accountability back to governance… Our goal is to effect a merger that will win this election and create a new, stronger and more truly democratic, proper federal republic and change the attitude and thinking of our people.”

On his presidential bid in 2015, he said:” As for my position for 2015, after considering a series of visits and persuasions from both my followers, eminent and concerned Nigerians, members and leadership of our party, I decided to have a rethink of my position in 2011. So I will make myself available to run for the presidency in 2015. But all this will be determined by the decisions of the new party. All we are determined to do is to give Nigerians hope and arrest the PDP maladministration in the country, which has caused a lot of harm to the people. And we all believe that it is no longer an option but it has become very imperative, if the country must move forward.

Culled from the Guardian