Home Metro News If there is no more oil, Lagos is the only state that...
Facebook
Twitter
WhatsApp 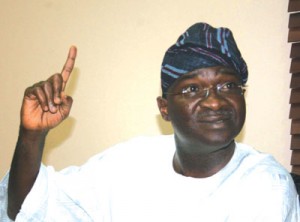 Lagos State governor, Babatunde Fashola, has said that Lagos is the only state that can survive if crude oil supply – the mainstay of Nigeria economy- is shut down.

Governor Fashola, who was speaking during the state’s sixth Taxation Stakeholders Conference in Ikeja, said this was the case because the government in the state had made it a policy to implement the laws on taxation to the letter, which allows it to have funds for capital project.

The governor said, “A life without tax is a lie. If they shut down on oil, this is the only state that can survive. Everything that we have done in the past six years was funded by our taxes… Since I became governor, I have not made any tax law; only implementing the existing laws on taxation.”

The governor, however, observed that majority of the state residents had not been paying their taxes, saying the government had started prosecution to achieve higher percentage in tax compliance by residents of the state: “While our population continues to grow, one cannot see appreciable growth in tax. Our record shows that only three million people are currently paying their taxes against eight million that should pay tax… Since we have a population of 20 million people in this state, it means that three million people are carrying the burden of 20 million, instead of eight that should be doing so. In the last four years, we have been doing enlightenment on the need to pay tax; but now, we will prosecute.”