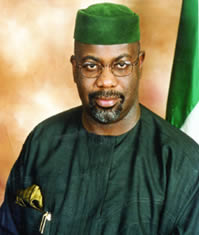 Reports that Governor of Cross River State, Mr Liyel Imoke is dead or in a critical health condition, has been bluntly denied by Senate Leader, Mr Victor Ndoma-Egba.

Mr Ndoma-Egba while addressing a press conference at the state secretariat of the Peoples’ Democratic Party (PDP) in Calabar, the state capital, said the governor was only on holidays as he (Mr Imoke) had been working for about 10 years now without rest.

He explained that it was for that purpose that the governor decided to embark on his two months accumulated leave abroad following signs of stress.

While confirming the governor’s sound state of health, Mr Ndoma-Egba disclosed that Mr Imoke offered him a ride when he visited him at his U.S residence.

He further added that they both joked about the governor’s rumoured death.