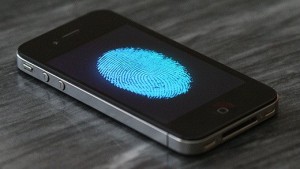 The iPhone 6 rumor mill is churning out some interesting predictions for Apple’s next smartphone.

According to renowned Apple analyst Ming-Chi Kuo, the iPhone 6 could house some of the company’s most innovative technology in the phone series yet. A new fingerprint scanning feature will allegedly be the next attention-grabber on the iPhone.

One supporting piece of evidence for the latest talk-around-town is Apple’s $356 million acquisition of AuthenTec, a company that manufactures fingerprint sensor technology for companies such as Motorola, Dell and Samsung.

AuthenTec has also reportedly begun to sever ties with several of its consumers, stating that they would not be providing their technology this year.

The company’s fingerprint detection is said to be highly sophisticated, ensuring that only real fingerprints gain access to devices with skin property recognition.

Another major topic of iPhone 6 discussion is of course the projected release date. Most analysts predict a Summer 2013 date, while others assume a date as late as September 2013. [VN]