Is This Good News Or Bad News? Valdes Set To Leave Barcelona

The 30-year-old has spent his entire professional career at the Nou Camp but, in a statement released by his agents, has revealed the “irrevocable decision” not to pen a new deal. 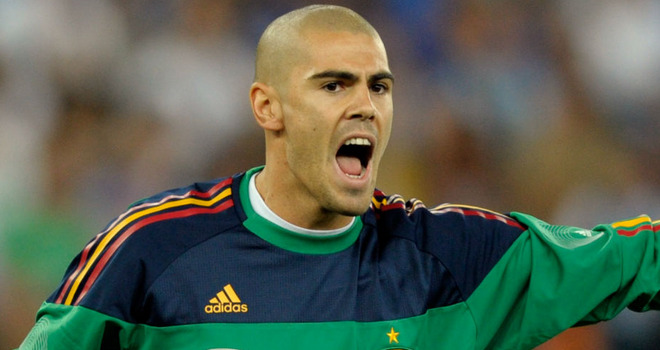 Thursday’s statement from principal agent Gines Carvajal to news agency Efe read: “The agents of Victor Valdes have communicated to Barcelona in a meeting held this afternoon the irrevocable decision of the player to not renew his contract.”

The Spain international’s deal expires in June 2014 but Barca are likely to have interest in Valdes before then and speculation will mount regarding his future.

Valdes recently suggested he would consider a move to another league and that opens up the possibility of a reunion with former Barcelona head coach Pep Guardiola at Bayern Munich.

Share
Facebook
Twitter
WhatsApp
Previous articleMan Kills His Two Children After Wife Abandoned Him
Next articleMy Brother Was Not Assassinated, He Was Killed By Govt – Late Doctor’s Sister
- Advertisement -