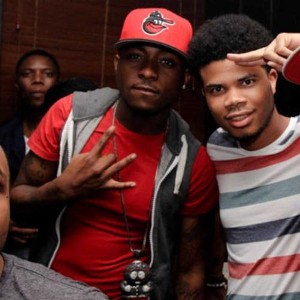 Though all the chatter had been speculative, it has now been confirmed by both parties that Davido and Asa are no longer working together. While rumours about the reasons for their split vary from “money matters” to “simply moving on”, only Davido and Asa know the full story.

Davido’s rise to fame with Asa’s support was a really positive example of talent and youthful resourcefulness working well together. From an unknown teenage musician and young manager, to an African superstar. They did well.

Here is an official press release on Asa’s next steps.

Identifying his passion for entertainment at a young age and gifted with networking and project management abilities, he honed his skills under the tutelage of his uncle, Obi Asika the Storm 360 CEO for a period of about five years.

At Storm he became involved in all aspects of the business of entertainment and this enabled him understand how best to eventually manage upcoming artists and lead them to stardom. During his time at Storm he worked on the following shows and with the following artistes – The Homecoming with MTN, For The love of music concert with Samsung, Asa at The Palms, eLDee, Ikechukwu, Naeto C, Sasha P, to mention a few.

In an attempt to diversify and become involved in other profitable business opportunities, he forayed into the bar/nightclub industry by becoming involved with the popular club Rehab.

His immense drive and popularity contributed to the incredible success of the club, making it one of the most frequented venues in Lagos.

Asa Asika is most probably best known today as the manager of the artiste known as Davido- whose growth from aspiring musician to one of the biggest artists in Nigeria he undoubtedly contributed immeasurably to.

Although they have parted ways, it was amicable and they remain friends with a mutual respect for one other.

Asa has since moved onto other projects and is set to break more ground in worldwide showbiz.