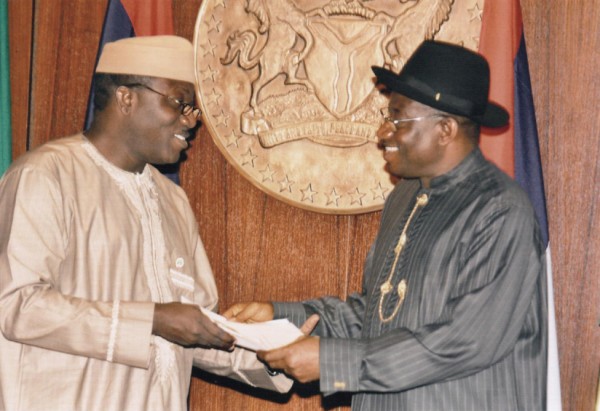 President Goodluck Jonathan and the Ekiti State Governor Kayode Fayemi, have sympathised with the Alaafin of Oyo, Oba Lamidi Adeyemi III, over the fire that gutted a section of his palace last Tuesday.

While Jonathan conveyed his message through the Olugbo of Ugbo Kingdom in Ilaje Local Government of Ondo State, Oba Obateru Akinruntan, when he visited the Alaafin on Saturday, Fayemi conveyed his in a statement by his Chief Press Secretary, Mr. Olayinka Oyebode.

The President who expressed shock over the incident and promised to send a delegate to deliver a letter of sympathy to the Alaafin, promised to assist in the reconstruction of the burnt palace. No fewer than 21 rooms were destroyed in the inferno.

Akinruntan, who was conducted around the affected areas, described the incident as a disaster, not only to the Alaafin and the people of Oyo, but to the Yorubaland.

In his own message, Fayemi encouraged the monarch to remain strong in spirit while urging him to see the incident as “blessing in disguise.”