Home Metro News Jonathan Is Too Soft That’s Why Nigerians Are Taking Him For Granted...
Facebook
Twitter
WhatsApp 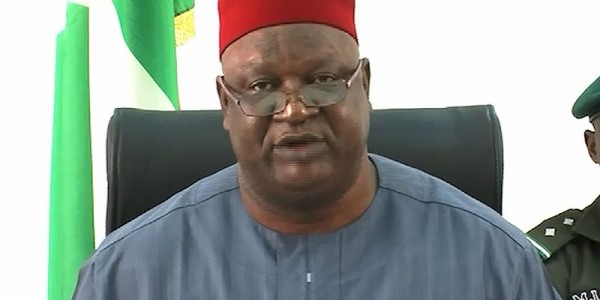 Senator Anyim Pius Anyim, former senate president and Secretary to the Government of the Federation, SGF, during an interactive session with journalists in Lagos, said President Goodluck Jonathan was being miscontrued by generality of Nigerians.

In his words: “Let me again empahsise about this issue of perception. If I were Jonathan, if I were him, I ordinarily try to simplify my life, (but) I have never seen a man humble with power as Jonathan. I wouldn’t be as humble as that with power, I can tell you that I was not. I have never seen anybody that is as tolerant with power as he. I have never seen any leader in Nigeria and I have been around, that has managed power the way Jonathan has and that is why everybody thinks we can rubbish him, ‘that one, what can he do? He wont do anything. We can step on him!'”

The SGF’s office which is saddled with the responsibility of coordinating the country’s centenary celebrations, said,  “We have measured civilian regimes and military regimes. How would Abacha have done it? How would Murtala have done it? How did Obasanjo do it (no I don’t want to talk about that one o!)  But the truth is that the principle of democracy is universal. So you have to compare what he is doing is what should be or how the other people did it. Somebody told me that the kind of president Nigeria needs is the one with iron hand. When he comes you know he has come.

“We shouldn’t take it for granted because instead of maximising the opportunity of the kind of person Jonathan is we are abusing it. I wont be as soft, as humble, as tolerant as he is in power. I will not be, I! I am saying so. You know I am saying the truth, if you step on me, I step on you!” Senator Anyim said.