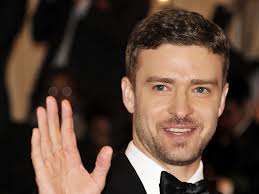 Justin Timberlake is performing at the Grammy Awards for the first time in four years, the National Academy of Recording Arts and Sciences announced on Wednesday.

The appearance, Feb. 10 on CBS, is the latest development in the singer’s musical comeback since returning with a new single, “Suit & Tie,” as well as announcing his first album in seven years, “The 20/20 Experience,” which will be released on March 19.

Timberlake last took to the Grammy stage during the 2009 ceremony, where he memorably sang with Al Green. Before focusing his attention on acting, he racked up six golden Gramophone trophies for his music.

His performance during the 55th annual Grammy Awards also will mark his first televised performance since surprising his fans with new material earlier this month.

Other acts scheduled to entertain during the biggest night in music include Dierks Bentley and Miranda Lambert, the Black Keys, Fun., the Lumineers, Mumford & Sons, Rihanna, Taylor Swift, Carrie Underwood and Jack White, as well as a Elton John and Ed Sheeran duet.

LL Cool J will handle hosting duties for the second year in a row.