Solomon Oyeniyi popularly known as K-Solo, is now a divorced man as an Ikeja High Court on Thursday, December 3, 2012, dissolved his short-lived marriage to the mother of his son, Kikelomo Oyeniyi.

To celebrate his new-found ‘freedom’,  the music producer splashed a couple of millions on a 2009 black Commander Jeep.

It would be recalled that K-Solo’s marriage which lasted for about 8 months, was a subject of public debate as there were allegations of battery and abuse against him by his wife, Kike. The estranged couple have a son who was delivered in October 2012 even though K-Solo refuses to acknowledge the child as his own.

Meanwhile, Mr. Oyeniyi is engaged to be married to Bimbo whom he claims was supposed to be his wife before Kikelomo came to “break them up.” 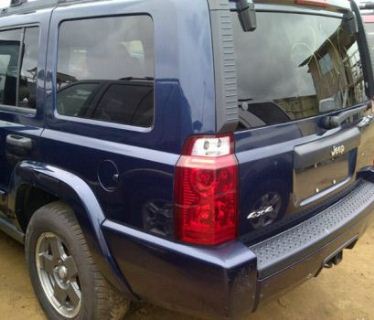