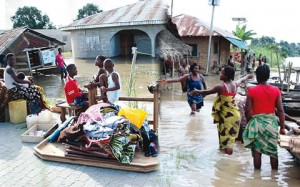 The Kaduna State Government has been given an ultimatum by victims of the 2012 flood disaster in the state. The victims gave the government 21 days within which to commence utilization of the state’s share of the N400million flood intervention fund or they will take to the streets in protest.

It would be recalled that following the devastating effects of the flood disaster that ravaged most states across the country, President Goodluck Jonathan approved N17.6 billion relief fund for the affected states out of which N400 million was Kaduna state’s share and the victims claim they are yet to receive compensation from the funds.

Meanwhile, a Kaduna based human rights activist, Mr Shehu Sani, has blamed the slow disbursement of the funds on poor coordination of the committees in charge.