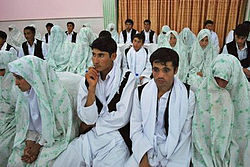 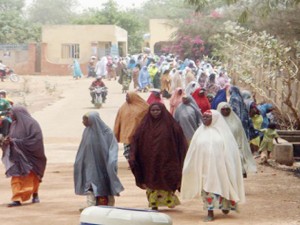 More than N100 million has been earmarked for the wedding of another batch of 1,000 divorcees and widows scheduled for January, Kano State Government has said.

Speaking in an interview in Kano on Thursday, the Director-General of the state Hisbah Board, Alhaji Abba Sufi said the board had “since started preparation in readiness for the mass wedding”.

“The screening of the prospective couples has commenced in earnest in all the 44 local government areas of the state,’’ he said. Sufi said prospective couples must undergo medical checks, including HIV and AIDS, genotype and hepatitis tests, among others.

He said following the decentralisation of the programme, each of the councils would hold the wedding prayer session for 21 couples.

According to him, the session for the remaining 76 couples would be performed in Kano. Sufi said the state government would pay N20,000 dowries to each of the brides, in addition to providing essential items for the couples.

“The board has written to wealthy individuals and corporate organisations for their contributions towards the success of the programme,” Sufi said.

In July last year 250 widows and divorcees were joined under the second batch of the mass wedding. [NAN]