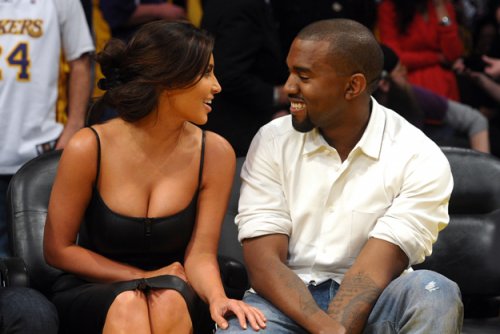 Kim who is expecting her first child can’t have a proper wedding because her divorce from her ex-husband Kris Humphries hasn’t been finalized. The couple has decided to hold a commitment ceremony, where they will declare vows and exchange rings.

A source close to Kanye has revealed: “Kanye is very traditional. He’d have liked to marry Kim now they are having a baby. But with Kim still married to someone else, there is not much he can do. It won’t be official like a wedding because Kanye wants that to be extra special when the time comes. But they will still exchange rings – they just won’t wear them on their wedding fingers.”

The ceremony will take place at a mansion in Malibu. An insider said the event would be “a lot more low-key than a wedding”.

Kim, 32, and Kanye, 35, announced their news at the beginning of the year. The baby is thought to be due at the end of June and the couple has already started preparing by splashing out on a family home in Bel Air.