Lagos oilfield to start production in 2014 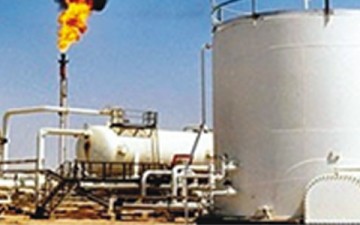 By 2014, oil is expected to be produced for the first time offshore Lagos State from the Aje gas and condensate field, which lies in Oil Mining Lease 113 in the Benin Basin, about 43 kilometres offshore Lagos.

The field is currently in the development planning stage, with first production expected in 2014, according to the United States Energy Information Administration’s website.

Aje field is expected to reach a plateau production of between 50,000 to 80,000 barrels of oil equivalent a day. The water depth in the region is 3,000 feet.

Key shareholders in the field include Yinka Folawiyo Petroleum and Chevron.

Chevron was appointed as the technical advisor to the operator for the project and also assigned the responsibility of preparing a development plan for the field.

The OML 113 licence covers an area of 960 square kilometres and contains several prospects, including the Jubilee and Tweneboa fields.

OML 113 was originally known as Oil Operating Licence 309 and was awarded to YFP in 1991 to encourage the growth of the Nigerian oil industry. Following the successful discovery of the Aje field, the licence was converted to OML 113 in 1998 with a term of 20 years.

Aje was discovered by the Aje-1 well in 1996. The well encountered oil and gas over three zones of the Cretaceous Turonian age. It flowed at the rate of 60.2 million standard cubic feet of gas a day; 1,729 barrels of condensate a day; and 2,389 barrels of oil a day.

In 1997 an appraisal well, Aje-2, was drilled one kilometre east of the Aje-1 well. It confirmed the presence of oil and gas in the Turonian reservoir as discovered by the Aje-1 well and encountered a deeper separate additional zone of the Cenomanian formation.

A third well, Aje-3, was drilled by Transocean’s Sedco 709 semi-submersible rig in 2005. Although the reservoir quality was not optimum, the well encountered an oil and gas bearing column within the Turonian and Cenomanian reservoirs.

In the first quarter of 2008, another appraisal well called Aje-4 was drilled by the Transocean Deepwater Pathfinder drill-ship to carry out a complete appraisal of the field. Aje-4 well was drilled to assess the extent of the field and identify additional exploration targets. The well encountered hydrocarbon reserves in the main Turonian reservoir.

Drilling of the Aje-4 well confirmed the field contains a laterally extensive reservoir structure. The field was declared a commercial prospect in February 2009.

Aje is primarily a gas condensate field formed in a four-way dip closure trap. It contains gas and oil in the Turonian and Cenomanian reservoirs and an additional gas layer of the Albian formation.

Gross contingent resources of the Aje field are estimated at 380 million boe. Of this 28 per cent is oil/condensate, 20 per cent is Liquefied Petroleum Gas and 52 per cent is gas.

The field is planned to be developed as a subsea tie back to a floating, production, storage and offloading vessel.

A total of six producers are planned for the field. They will be connected to sub sea wellheads and associated flowlines and manifolds in 320-feet water depth. The flowlines will, in turn, be connected to the FPSO through risers.

Produced hydrocarbons will be processed by the FPSO and exported through the West African Gas Pipeline or through a direct pipeline to connect to the Lagos gas infrastructure.