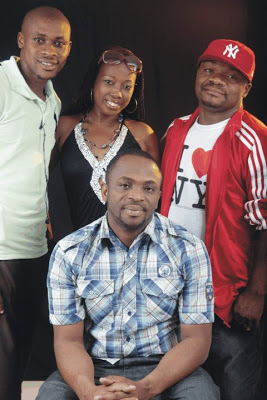 Late Obiajulu Nwaozor popularly known as MC Loph died in a car crash while traveling home for his traditional marriage to his fiancee, Nkiru Orji in September 2011. Nkiru, the following year, would give birth to the late Osendi Owendi crooner’s son.

Since then, nothing much was heard of Nkiru and her son, Obiajulu Jr., until the late MC Loph’s record label, Morgan Entertainment, announced that it will be responsible for Obiajulu’s welfare.

Emeka Morgan, the CEO of the label while  expressing disappointment at friends of the late MC Loph for abandoning the family he left behind, vowed to play the role of father to Obiajulu Jr.

”MC Loph’s family became my second family from the very day that unfortunate incident happened. and I have been living up to expectations. This is not a joking matter. No one prays for a thing like this, but once it happens, it’s no time to start feasting on it negatively. None of these people who called themselves MC Loph’s friends have deemed it fit to even pay a visit to is mother and yet they maintained they are his friends and Morgan. As for Obiajulu Jnr. (Loph’s son), he has been adopted by me, which makes him my son and as his father, I have and will continue to be responsible for his upkeep”