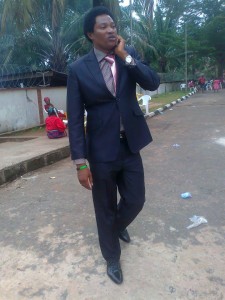 One of the sons of late gospel music icon Sunny Okosun has been released from jail after he was arrested over alleged involvement in Nkiru Sylvanus’ kidnap.

Jerry Okosun, who also works for the Imo State government as Director General of Student Affairs, was released January 5th after spending 11 days in police cell in Owerri with other suspected kidnappers in connection with the Nollywood actress and Kenneth Okolie’s abduction.

Jerry was arrested on Christmas Day because the kidnappers contacted him to negotiate the release of Nkiru Sylvanus. Jerry acted as a middle man between Nkiru’s family, the Imo State government and the kidnappers. He was the one that negotiated the N8 million ransom that was eventually paid to secure Nkiru Sylvanus and Kenneth Okolie’s release.

The Imo State Government Chief of Staff ordered Jerry’s arrest after the release of Sylvanus and Okorie, because they claimed to have found some incriminating text messages on his phone connecting him to the crime, and also because Jerry had been insisting on the government paying N15million as ransom.

Whatever the police found out in the course of their investigation, it obviously wasn’t prove enough to hold Jerry Okosun who had until his release spent 11 days in police custody.