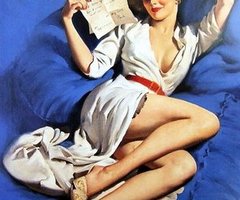 GBENGA ADENIJI writes that subdued by the Internet age, letter writing has lost its value as a means of communication among lovers

Like a fairy tale, there was a time when letter writing reigned supreme as an effective communication mode.

Among lovebirds, the exchange of love letters was a constant pastime.

These letters, emotionally-crafted, were often a treasure to the receiver.

Many people still keep the love letters they received so many years ago even though they may not be married to the writer. Such was the power of love letters.

A client service officer with a Lagos-based firm, Bukola Akingbola, says the allure of love letters in relationships cannot be compared to any of the newest means of communication.

“I appreciate love letters so much. I remember that I once got one from an admirer while I was in the secondary school,” she says.

According to her, whenever the going got tough in her relationship then, she used to take out the letters to remember when the going was good.

Also, Olumide Olasunkanmi, who works in a hospital, says he was always joyful when he wrote or received a love letter from an admirer. He remembers vividly how he was excited 20 years ago, when he got his first love letter from a girl.

He states that he placed the letter on his chest for minutes and cuddled it like a baby. Twenty years after, he remembers the exact words in the letter.

“She wrote: ‘You are such a gentle young guy. A responsible lady like me must not miss a guy like you. I feel the pleasure whenever you visit our home with your piano. I will want you to sing me many lovely songs especially your adaptation of Ebenezer Obey’s Olomi Jowo Jeka ma Gbadun. I am proud of you for wining our school debate competition,” he says.

But suddenly, like a candle in the wind, love letters are no more.

Akingbola, says the advent of the Short Message Service and the new technological breakthroughs in communication have taken the shine off love letters.

Her position was supported by a copywriter, Akeem Akinniyi, who posits that telephones have discouraged the idea of love letters.

He explains that people find it easy to send a text message or put a call to their loved ones rather than engage in letter writing.

“The last time I wrote a love letter was in 1996. It is too old-fashioned in modern times. More so, teenagers have more freedom now unlike some years ago, when keeping late nights was forbidden. Nowadays, you see many youths roaming the streets at odd hours. Going by these realities, you wonder ‘Why play Romeo?’”

Though communication inventions have discouraged letter writing, a computer engineer, Bolaji Adekunle, says academic laziness on the part of youths was the straw that broke the camel’s back.

Adekunle, says most of the words contained in text messages are grammatically-flawed.

He says, “Letter writing requires competence. It is unlike SMS, where words can be abbreviated and the reader will not bother.”

A teacher, Samuel Sodeinde, connects the arrival of telephones and social media to the death of letter writing. He submits that pupils no longer find it interesting to engage in letter writing when they have the latest communications gadgets.

“There is no way they can write well if we concentrate on other communication methods. The coming of mobile telephones and social media has affected the fortunes of letter writing and any other type of letters.”

A Professor of Economics, Folayan Ojo, observes that it is not only letter writing that has been endangered but also the making and buying of Christmas and birthday cards. He says, rather than purchase any of these cards for loved ones during celebrations, many now prefer to send SMS.

Such development, according to the 71-year-old don, has led to the breakdown in character values, spelling errors and poor performance in examinations.

“Generally, because of the advent of development in Information Communication Technology, email, Skype, SMS and all the social networking sites such as Facebook, Twitter, YouTube-where one can upload videos, people no longer write letters.

“This situation has a negative effect on youths who cannot write good English because of their inability to write either formal or informal letters.”

The lecturer recalls how he used to communicate via letters with his white girlfriend when he was still studying in Canada.

“I would use a blue writing pad to write to her. It used to be fun in those days especially during Christmas. That was from 1965 to 1968, during my undergraduate days. Since there was no mobile phone to communicate with her, we resorted to exchanging messages through letters,” he says.

A dealer in second-hand books, Silas Ibinife, who once sold love, Christmas and birthday cards, states that he abandoned the business when he noticed that the patronage was drastically dropping.

Ibinife adds that when it dawned on him that people prefer to send SMS and emails to buying cards, which they would eventually throw away, he opted for another trade.

A programme officer of a Lagos-based non-governmental organisation, Francesca Abiola, expresses similar views. According to her, new methods of communication such as instant messages and SMS have relegated letter writing to the background. Abiola states that the new methods are faster and timely compared to letters especially if they have to be posted.

She says, “There is speed of delivery with these modern means of communication. You can send an email or SMS and get a reply immediately. If you have to post a letter, it may take some days before it gets delivered and you have to wait again for a reply.”

To Oluwakemi Fashoto, a health administrator, people are no longer interested in putting pen to paper and pouring out their feelings.

Fashoto states that people are now lazy in writing, particularly, for the youth who she says, find it convenient to delete a SMS after reading.

She says, “One can also clear chat after a lengthy chat session on the phone; but “deleting” a love letter on paper is cumbersome. If one tears and throws it into a dustbin, an inquisitive mother will pick and read. Set it on fire then a nosy daddy will want to know what’s burning.

A professor of Psychology at the Department of Psychology, Faculty of Social Sciences, Obafemi Awolowo University, Ile Ife, Oluwatoba Elegbeleye, says he does not believe that people no longer write love letters.

The lecturer notes that there are new modern alternatives to writing love letters which he says are easier, less cumbersome, faster and convenient.

Elegbeleye adds that technology has taken relationships to a very high level.

“In social sciences where we like to verify facts, we cannot absolutely conclude on that. I will rather say people no longer use the missive form because we are operating a ‘noodle’ world where people send text messages and emails. From another angle, people now read and write less. But they still communicate love through other modern channels,” he states.

Perhaps, letter writing did not envisage what lay in stock for its future when the first mobile telephone call was placed in St. Louis, Missouri, United States, on June 17, 1946 from a telephone set installed in an automobile. The feat was the product of over a decade work by Bell Labs scientists Alton Dickieson, D. Mitchell and H.I. Romnes. Then in April 3, 1973, a Motorola researcher and executive, Martin Cooper, made the first mobile telephone call from a handheld subscriber equipment, calling Dr. Joel S. Engel of Bell Labs.

Interestingly, letter writing may not be the only one facing this challenge of the ‘once-courted bride.’ The SMS which, despite marking its two decade in December 2012, after it changed the way people interact with each other, is believed to be facing threat from Twitter and other forms of instant messaging.