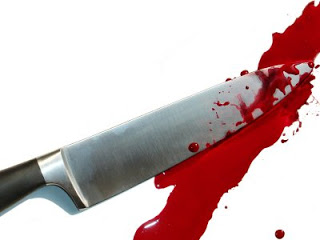 It is true when they say a man’s heart is desperately wicked,as there is no other way to explain this brutality from a sibling over an argument that should even have passed the stage of argument.

A man simply identified as Oranu, has chopped off two fingers of his sisters following disagreement over domestic chores.

The incident happened in Eziehulu Village, Awuda, Nnobi in Idemili South Local Govt. Area of Anambra state. Oranu also Allegedly attacked another Sister’s of his over the same incident.

Trouble started when he was asked by his sister to fetch water into the tank in preparation for the impending wedding of one of their sisters named Rose.

Apart from refusing to carry out the function, the man picked a quarrel with his sister and went for a machete to her.

The victims fingers were chopped off as she tried to defend herself from being hit on the head. The other sister, who came to recuse her was also attacked but for the intervention of neighbours who have suffered the same fate.”When Oranu brought a cutlass, I raise the alarm and went to defend my sister. He threatened to kill her. I went in between them. but he hit me with the blade of the cutlass, and as I refused to allow him to perform the evil act, He cut my fingers instead,” Rose said amidst tears.

Meanwhile, Oranu had said to be arrested by the Police.