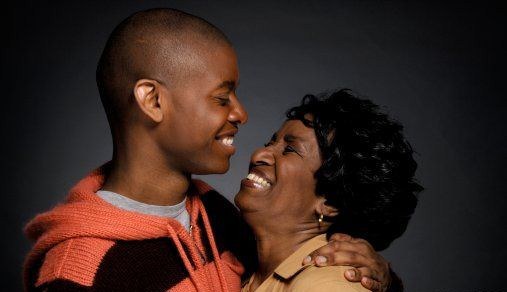 In an unprecedented move, a man and his mother-in-law defied all social norms and got married two years after the death of the man’s wife.

The man, Judah Magarasadza’s wife Rozie Gopoza died in 2008 and two months later his mother-in-law Felistus moved in with him. It is reported that the two then started a love relationship which culminated in them trying the knot in 2010. The wedding reception is understood to have been low key. This was a result of the two’s families refusal to bless the marriage.

Both families reportedly declined to take part in wedding negotiations after the man and the mother-in-law approached them saying they wanted to solemnise their ‘illicit’ relationship. Despite the setback, the two would not allow anyone to flout their plans and went on to get married.

From 2010 to December last year, the two were living as husband and wife. However, after the man died, things took a downward trend for the mother-in-law cum-wife. Sources said the woman was barred from the funeral by her husband’s relatives who vehemently told her that they did not recognise her relationship with their son.

“She was thrown out. Anyway who would blame them? They were very right in doing so. What kind of a relationship is that,” blasted the source.

It is said the woman was also barred from attending the burial at the man’s rural home. Our news crew finally got hold of Magaraszadza’s brother who identified himself as Joseph Magarasadza. He confirmed that his late brother was involved in a love relationship with his mother-in-law which he described as ‘illegal’.

“No such thing can be allowed to happen in our society. Both parents refused to take part in lobola negotiations after my brother and the woman said they wanted to get married,” he said.

Joseph said contrary to reports that the woman was banned from the funeral, she had actually made the decision herself.

“We had a meeting with her and her brother and that is when she said she would not be at the funeral because people were saying thing about her. No one stopped her from attending the funeral,” he said.

In an attempt to get a comment from the once a ‘mother-in-law’, a woman who answered the phone said the issue was not for public consumption.