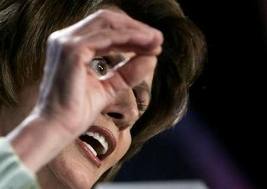 A 28-year-old man has been brought before the court here for gouging out his wife’s eye with a broomstick during a domestic dispute while accusing her of infidelity.

The accused, Leonard Kadowonda, a Zimbabwean teacher was sentenced to 10 months’ imprisonment wholly suspended for five years after the complainant filed an affidavit to withdraw the case against him.

The court heard that on June 7 last year the complainant, Babra Samkange (21), was walking home from a nearby primary school in the company of her male friend when her husband spotted her. On arriving home, she was confronted by the husband.

Kadowonda accused her of infidelity and slapped her on the face before being restrained by his mother. The court further heard that the following morning, the wife woke up and started preparing their child for school when Kadowonda confronted her again and demanded her cellphone.

It was averred she told him she did not know where the phone was. This did not go down well with Kadowonda who picked up a broomstick which he threw in her direction and pierced her on the right eye.

She bled profusely and screamed for help and was rushed to a hospital where the damaged eye was removed.