Sunday Adeniyi Adegeye is a living legend. Popularly referred to as King Sunny Ade, has spent 40 years of his 66 years on stage doing what he loves best-singing and dancing. 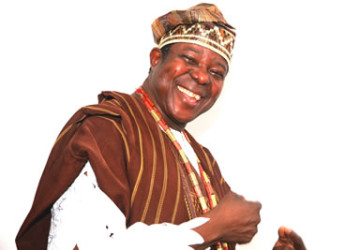 His genre of music is Juju. This is also laced with a dance-inspiring hybrid of western pop and traditional African music with roots in the guitar tradition of Nigeria. He recorded successes as he did in his early 1980s albums and American tours.

The Ondo-State born and his band, African Beats, remain relevant in the society especially among his teeming fans.

In this interview, he speaks about his music.

You have been playing music for over 40 years and you are still agile, what would you attribute that to?

I believe it is the work of God. I love music and I love dancing. From a young age, I used to go to church with my mother and I will be in the centre dancing until the music stops.

So, you don’t use stimulants before going on stage?

I have God-given strength. Because of the love I have for music, I do not think I have to stimulate myself to dance or perform. Besides, in my house, I do so many exercises to keep me agile.

Looking back at when you began music, did you think the KSA brand was going to be this successful?

No, my intention then was just to play music for people to dance because I dance to other people’s music. Due to the acceptance I received, I started understudying other people and I began to separate good from bad. From the age of five, I decided not to smoke or drink because I do not even like the smell of cigarette. I do not like people fighting or arguing. I am an easygoing person.

Did your parents support your decision to embrace music?

It took me almost 20 years for my parents to accept my choice of profession because they saw me as a drop-out. When I came to Lagos in 1962, I did not know anybody except a band member that we played together with Moses Olaiya (Baba Sala). I was still in school but the love of music made me come to Lagos to join Olaiya who played Juju music. He does not smoke or drink. It was like me meeting someone I could model my distaste for cigarette and drinks after.

I have not encountered anything that can make me more energetic than what God has given me. When I hear good music and I see people around me, it makes me want to get wings to fly. That is how joyous I become.

Do you get the urge to retire from music and do something else?

At one time, I decided to go into filming or just do something else but it was my fans that bombarded me with messages that I could just not turn my back on music. Then, I stopped but, I have other businesses that are related to music like a recording studio and printing press, which I have people running. Because it is music that gave me fame, I am still very much involved in it.

As long as my fans still say they want me and are not tired of me, who am I to say I will retire? If I retire now, who will feed me?

Did you have a privileged upbringing?

My father died when I was young and my mother and her sister took over. They had a local restaurant where they catered for almost 600 people in the morning and at night in Araromi, Osogbo. I grew up there and I was never hungry.

Years later, my mother fell ill and the business crumbled. It was then I had the feeling that something had gone wrong.

The good thing was that all along, I never liked food and rarely ate. My mother would give me a small portion of food and would even beg me to eat it and that is where I got the nickname, kajekaje which means, ‘eat it eat it.’ I would just be staring at the food, turn my plate in circles while imagining all kinds of things.

When did you experience your first major breakthrough?

That was when I released the album, Challenge Cup. But I would not call it a breakthrough because the record earned me recognition among fans. I did not have instruments then and I started the band with friends.

My first instrument was given to me by Chief Tunde Amuwo; he was a friend to my band leader, Olaiya.

You have had a rosy career, were there any challenges that are hard to forget?

There are many but I will not say one is worse than the rest. So many things happen especially when you have a big band but in all, give glory to God. There have been times when my band broke up and my band members would just disappear especially when they want to form a new band.

Sometimes, when we travel abroad for shows, they elope because people have advised them wrongly that it is better to live abroad. At the end of the day, they run into trouble abroad, come back to Nigeria but they cannot return to the band again.

How was it like having Ebenezer obey as your rival?

When I started music, we were lucky that we rose about the same time and one day, I went to his house and I said ‘senior it is me, what is the solution to all the enmity among musicians?’ We spoke for about two hours. It did not go down well with our fans that we had to manage but now, we are brothers.

You have recorded over a hundred albums. Which would you consider your best and why?

The best is yet to come but the one I treasure most, the one I compare with the first time I knew a woman, is my very first album titled, Alanu ni Oluwa (God is merciful). I did not believe I could record an album. The day I heard it on radio, I started calling everybody and telling them Sunny Ade is on the radio. We recorded the album at NBC in Ikoyi. That day, I and members of my band (eight of us) prostrated on the ground for the engineer to play the song on radio five or eight times. We started dancing. Even though the report was that the record sold only thirteen copies, we were still happy.

You have a peculiar dance step when you are on stage. Did you learn it somewhere or was it your idea?

The dance came to me and I took it. I started doing it and people said it was different from other dances, so I stuck to it. All I had to do was to improve on it.

There was no special reason other than the fact that she did not want my any of my wives to get jealous.

One day after cooking for me, she told one of my wives to take the food to me and you need to see how she made a show of it with the intention of making her co-wives jealous.

So who cooks your meal now that she is dead?

At least 20 years before her demise, I got a cook. At one point, she could no longer cook for me because of old age but she still supervised my meal from her room, which was opposite the kitchen.

In fact, you must not sweat when you are cooking my meal. You would have to leave the food, clean your face, and continue the cooking. This she did so that the sweat does not drop into the food.

Are you still looking at taking another wife?

If they ask me that question, you should say enough is enough or do you still want someone to have babies for me?

Are you grooming a successor?

I leave that in the hands of the Lord. All my children are performers but they know that they must go to school. I have one who calls himself Prince Sunny Ade. I even have some of my grandchildren who perform with me sometimes. Because they are very little, they do not go to night shows and only perform for five or ten minutes.

Do you have a special diet that helps to keep you fit?

I do not have any and I love to eat eba and any other food that comes my way but I do not eat much. My fans are telling me I am putting on weight. I told them I am still on track but they want to see me the way I was about ten years ago.

What is your assessment of the current crop of artistes we have now?

I cannot tell you categorically if in many years time, their music would be referred to as evergreen. Only the fans can tell. When I started music, I did not know my songs would become evergreen. As a musician, will your music remain relevant 20 years after?

What do you do for relaxation?

The only time I relax is when I am asleep. I play golf, tennis, lawn tennis, and badminton. I go from Lagos to play golf in Shagamu, from there to Ibadan then Ada, to Ado-Ekiti and Abuja. I used to play squash in my house but I stopped when I was 60. 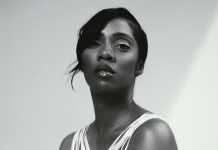 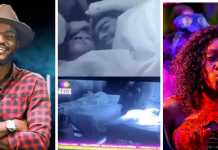 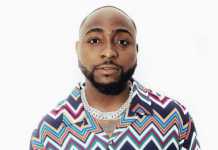